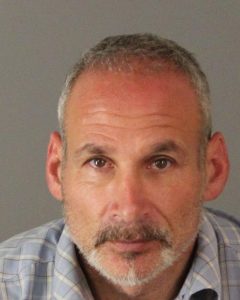 On Saturday, July 9th, 2016, at approximately 4:00 a.m., officers located a suspect that was identified as Michael Chafitz, age 52, from Laguna Beach from a wanted poster at the Mission Inn. The suspect was wanted for grand theft and making terrorist threats. The suspect was taking into custody. During a search of the suspect, he was found to be in possession of heroin. The suspect was arrested and booked into jail.