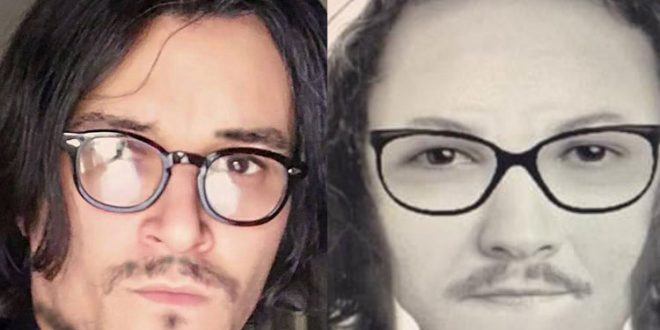 Some of you may have come across a news article about a Corona Man beat up due to mistaken identity outside Slicks Bar in Norco. This person is Kevin Martin and he runs a weather hoax page called “Southern California Weather Force” which has almost 70K unsuspected followers.

Riverside County Sheriffs (Norco Station) and Corona Police Department have made no public statements or press releases confirming or denying any of the events that Kevin Martin claims and the injuries he sustained while he was “attacked” by several large 280+pd men is very minimal. Did the event actually happen? According to Riverside County Sheriffs,

On Thursday, 8/15/19, about 11:41 PM, deputies from the Norco Sheriff’s Station responded to a call for service in the 1800 block of Hamner Ave, to the report of a physical altercation. Deputies arrived and located an adult male suffering from injuries sustained during a physical altercation between him and another male. The victim sustained non-life-threatening injuries, was treated at the scene by fire personnel and released. The suspect was located nearby and ultimately arrested for battery. The investigation remains ongoing.

So it seems possible that Kevin was indeed involved in a fight. Was it in relation to the child annoyance case he claims from several months ago or was this just your typical bar fight over a girl or some random comment? RSO & Corona PD refuse to confirm or deny these statements.

But who is this Kevin Martin guy, the self-proclaimed “Senior Meteorologist” from the “Southern California Weather Force” Facebook page? A little Google search reveals some interesting articles.

First, let’s take a look at a video he uploaded several years ago threatening to attack intruders with robotic dildoes and nipple twisters. I’m not sure where he is getting this content from but it’s disturbing to say the least.

The NOAA (National Oceanic and Atmospheric Administration) released an unprecedented statement warning the public that Kevin Martin is not a meteorologist nor are any of his predictions and warning accurate and they try to distance themselves from him publicly:
Press Release: https://www.weather.gov/media/notification/pdfs/pns11martin.pdf

The weather service even puts out a segment warning their viewers to be wary of any information Kevin Martin puts out:

However the story doesn’t stop there, it appears there are many videos, arrest records and other incidents involving Kevin Martin and his brother Brian Martin.

In this video posted by Kevin Martin, he is threatening Google Inc for closing down one of his accounts.

Here is another video of Kevin Marting threatening the Internal Revenue Service.

It also appears that he has been arrested by Corona PD for being caught in a prostitution scheme in Corona.
Arrest Record:

It appears this his brother, Brian Martin has also had several run-ins with running various scams and was successfully sued for $20 million.
Link 1: https://www.forbes.com/sites/fruzsinaeordogh/2016/06/09/what-the-conclusion-of-the-videogames-case-says-about-the-youtube-ecosystem/#eb11a3029cd6
Link 2: https://www.forbes.com/sites/fruzsinaeordogh/2016/06/10/why-the-youtube-community-never-rallied-behind-the-videogames-channel/#de25d6361feb

It appears that the FBI has visited Kevin & Brian Martin at their Corona home which they appear to brag about:

Appears that Martin has some dreams of running for President one day:

It also appears that Kevin Martin and his brother have really upset some people who have dedicated pages and entire sites just to expose his fraud. Some of the information and claims on these sites are pretty extreme.
Link: https://encyclopediadramatica.rs/WeatherManKevin
Link 2: https://southerncaliforniaweatherforce.wordpress.com/videos-about-kevin-martin/
Link 3: https://rationalwiki.org/wiki/Kevin_Martin

So who exactly is he? Well despite all the evidence between Kevin Martin, Brian Martin and his (former) wife, we still don’t know who this Corona person is and why he seems to have such a dark history all over the internet.

It’s apparent that the NOAA, Weather Service, TWC and various other professional media and weather outlets have publicly distanced themselves from Kevin but went as far as warning about his highly inaccurate and often hoax weather reports including fake tornado alerts to readers on social media in the east coast.

Kevin Martin has been banned on Facebook & YouTube several times already including some of his weather hoax pages shutdown. He is constantly creating new accounts and changing his weather page name after multiple shutdowns by Facebook.

Kevin has used this “attack” as a publicity stunt to get more followers to his hoax weather page: Southern California Weather Force and can be seen posting numerous video “updates” about his attack. Being an internet savvy person Kevin reached out to all the local news stations including 2, 4, 7, 9 and begged them to run a story on his attack in which a few stations have posted brief articles solely based on the information Kevin Martin has given them. We’re sure this is likely stroking his ego a bit to get some media attention.

If you’re looking for reputable weather updates, critical alerts, and other forecasting services there are many reputable, time tested sources you can easily find with a quick Google search.